Brand New Mercedes CLA -45 AMG was delivered in a satisfactory level. Few Watermarks and occasional Light swirl marks. Generally, it just needed a once over to prep the surface and paintwork right. Enjoy the Highlight shots taken during the detail. Please enjoy the Video. 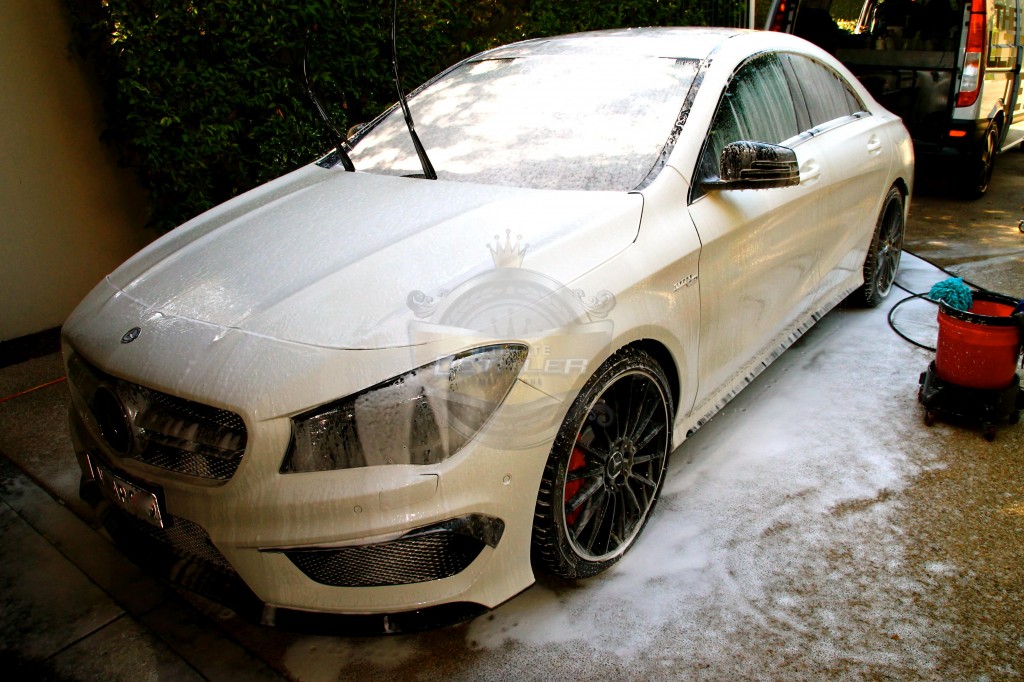 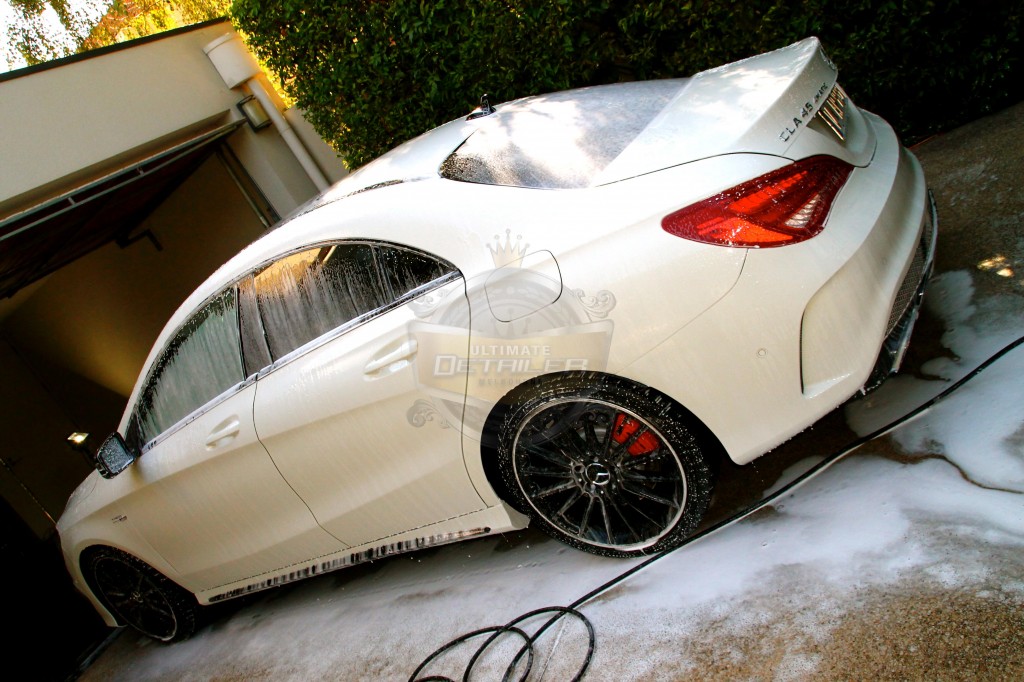 General 3 Stage wash, to thoroughly prep and cleanse the surface of any manufacturer glaze and wax, at the same time, remove as much contaminant as possible.De-contamination by way of clay bar, wheels were also cleaned thoroughly, many shots were not taken as it was a hot day, and the detail was done by myself, and i was more focused on getting the job done. FInally the AMG was air-dried down, and dried down using soft micro fibre-towels. Paintwork then also was treated to a IPA wipedown, to again, rid any manufacturer glaze or wax. 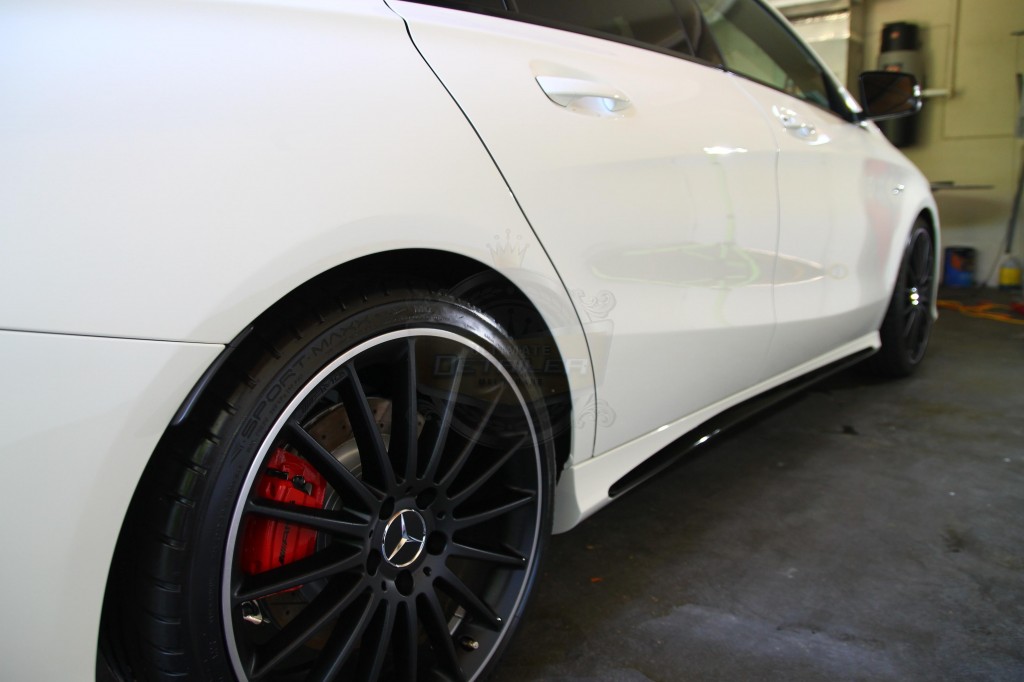 After the wash down and decontamination, Lights were also set up to illuminate bodywork to rid slight swirl marks, watermarks, but very little, as stated before, the car was delivered in a satisfactory level. Preparation is Vital, and after all the major steps were carried out, Opticoat was then applied to the full surface of the body, including all bodywork, front & rear lights, plastics, and chrome work. 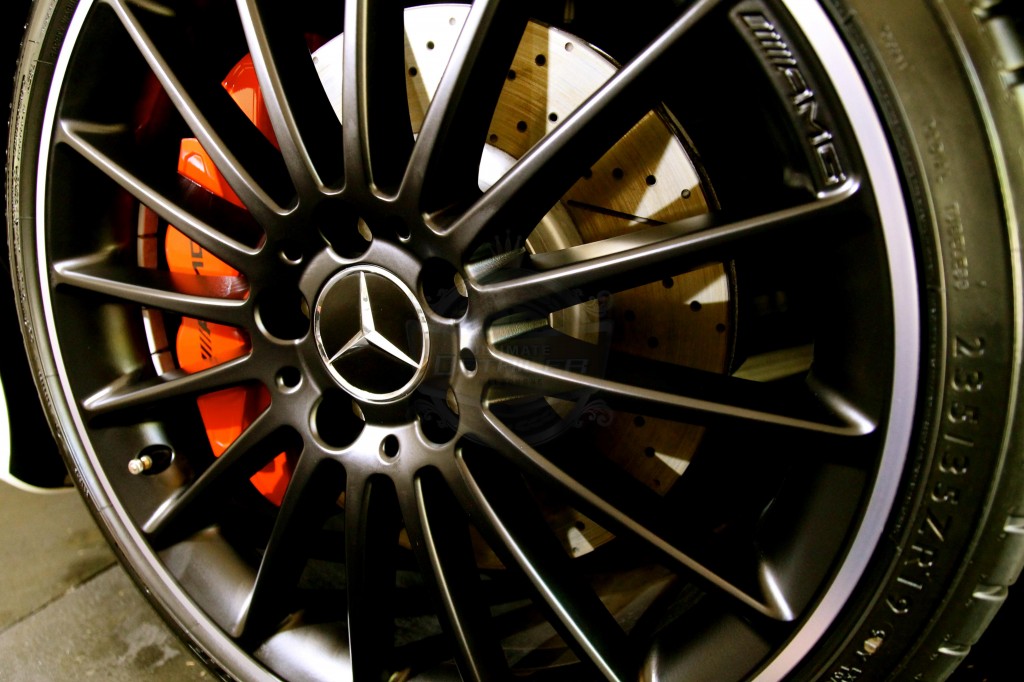 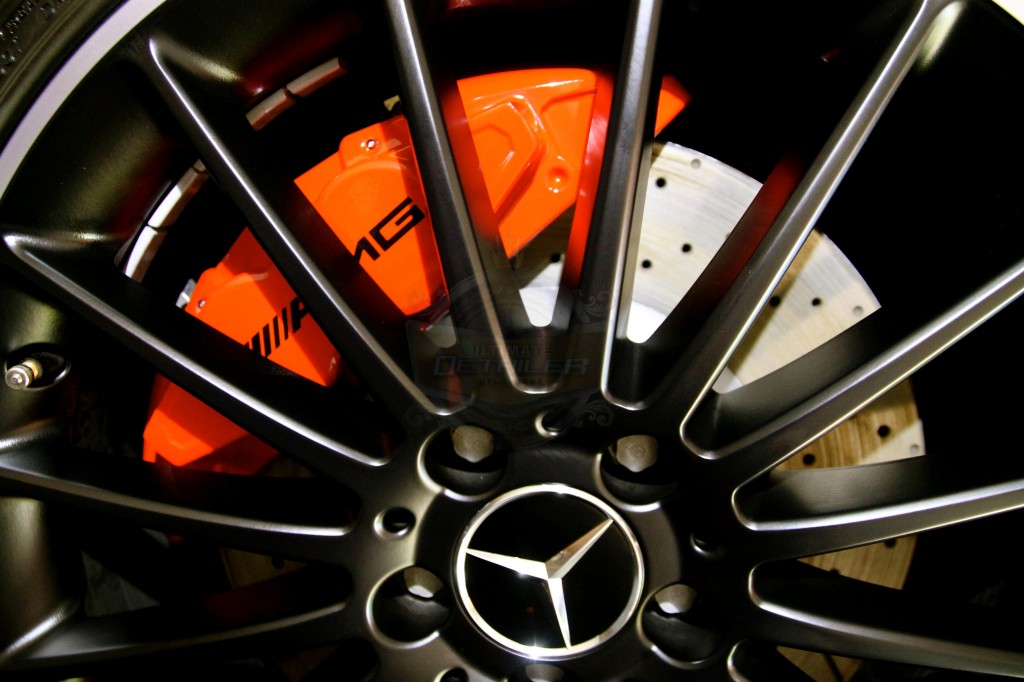 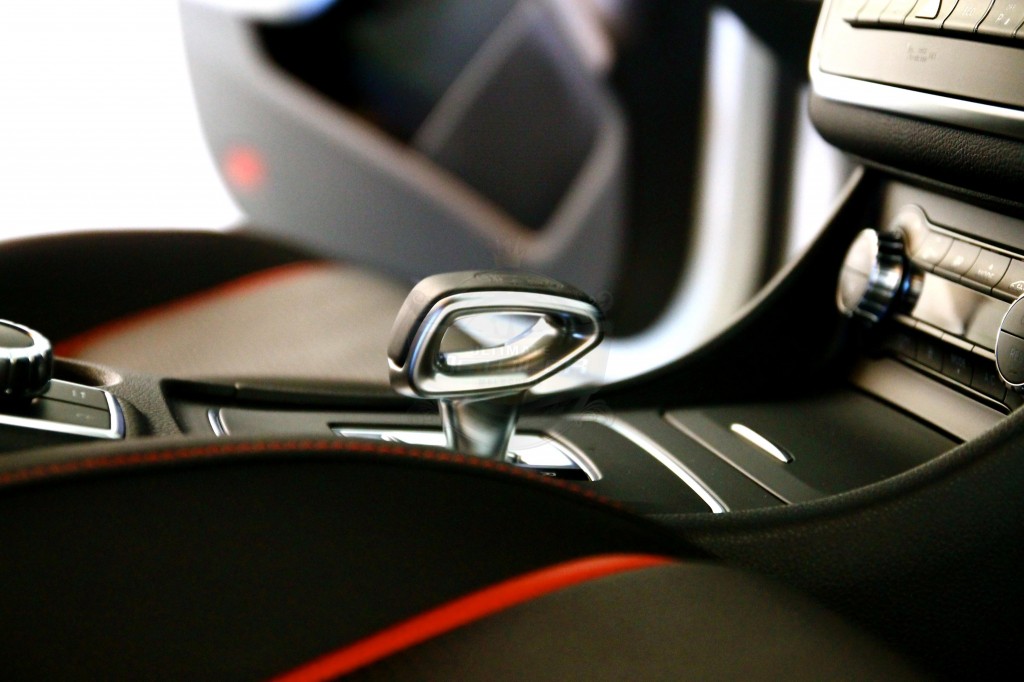 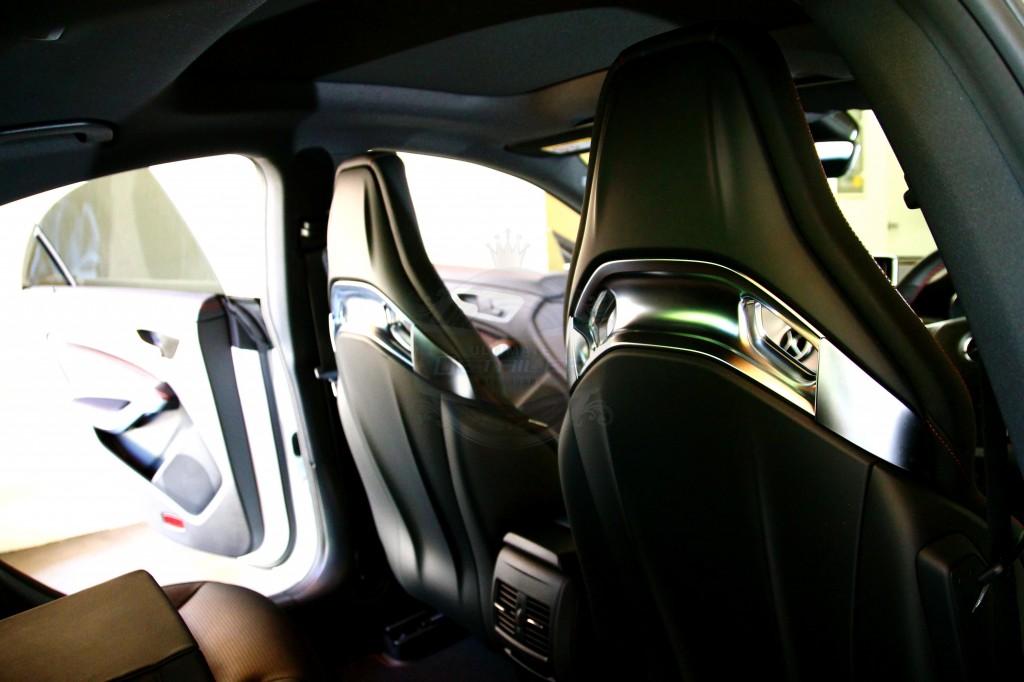 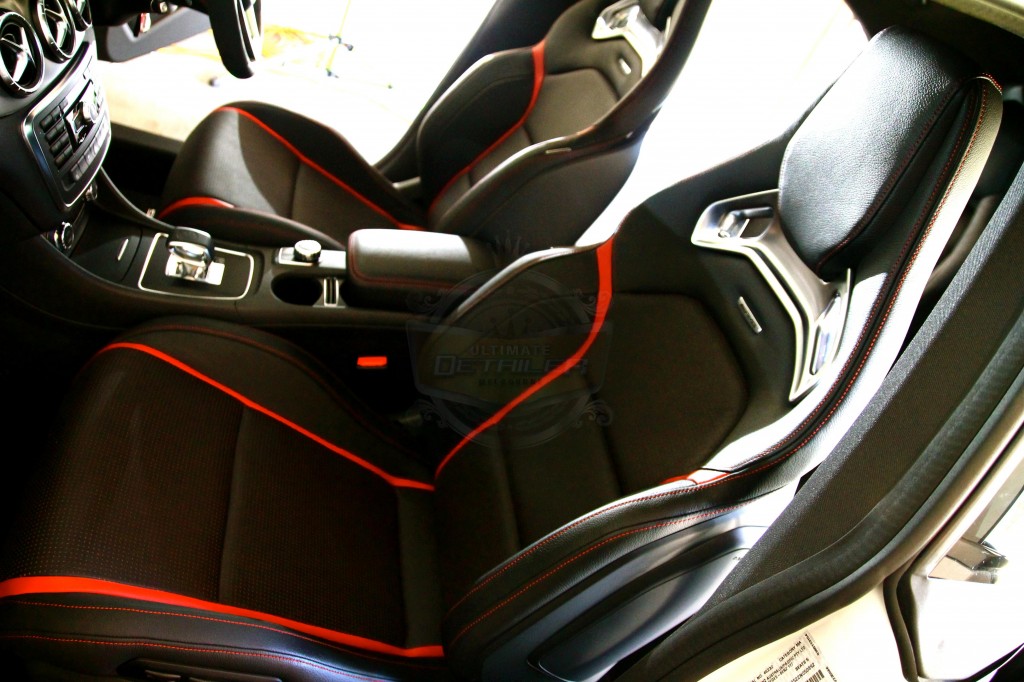 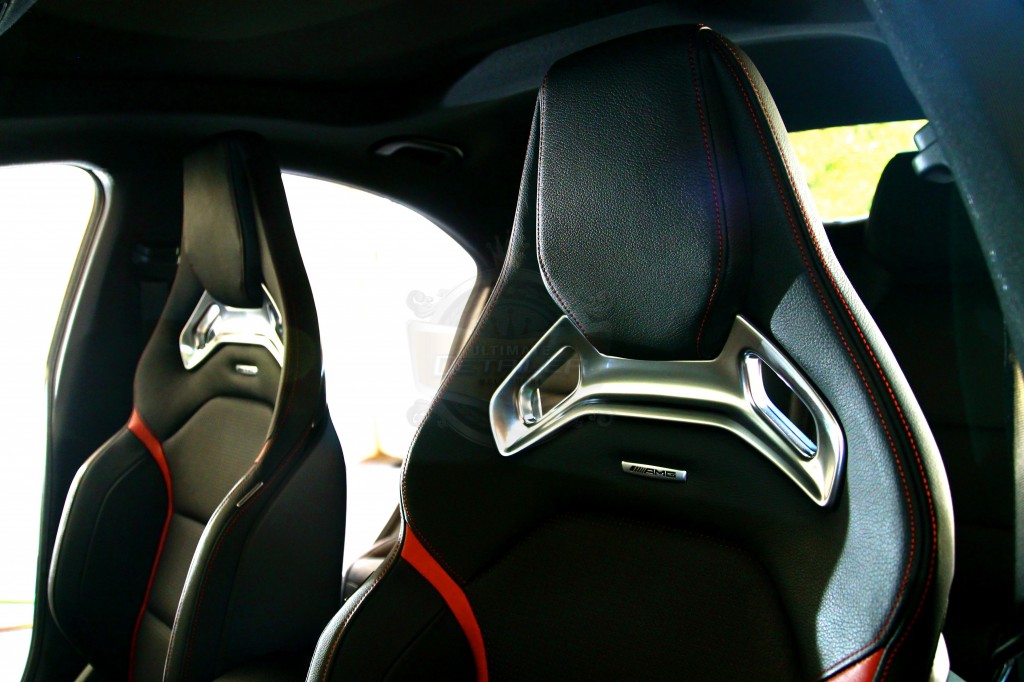 Interior was also treated to a Protection. All surfaces including Dashboard, door jambs, seats, fabrics & carpets were all treated and protected. 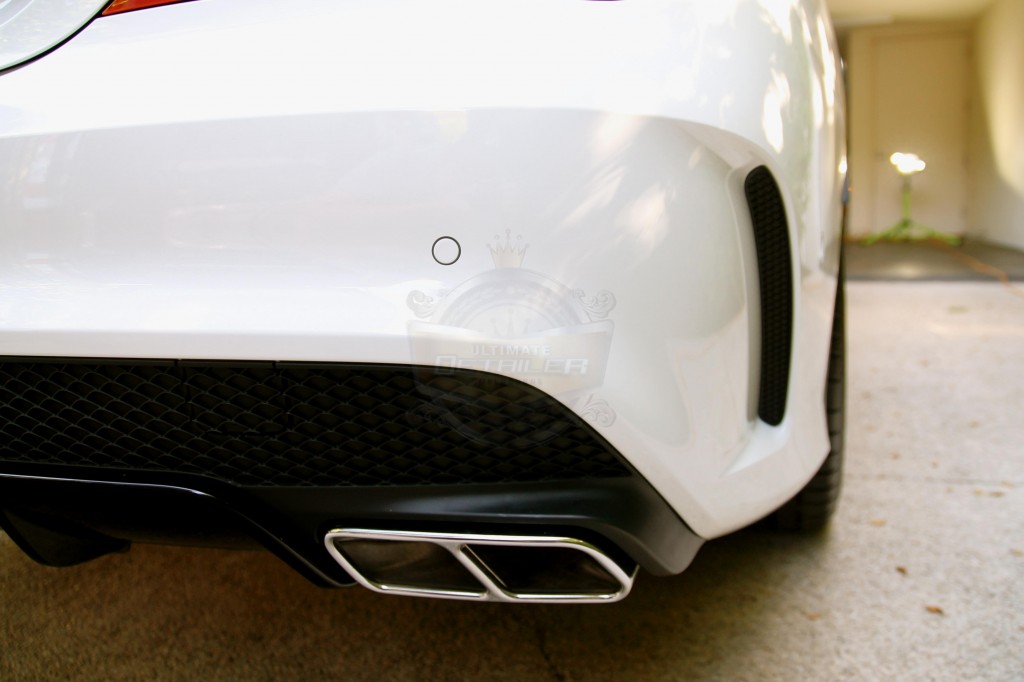